Track - based modes of transport

The history of the Athens – Piraeus urban railway is intrinsically linked to the events of our recent history. One and a half centuries ago, in 1869, the Kifissia-Piraeus line was constructed, making the electric railway the most beloved and reliable mass transport medium. From February1869, when it was formally launched as a steam train, to its conversion to electric in 1904, the establishment of the new company, Greek Electric Railways, in 1926, until today, the railway has been the main transportation channel for people and commodities between the country’s principal port and its capital.

At the same time, it was associated not only with the local events of the area, decisively contributing to its socioeconomic and cultural life, but also with all major national developments and adventures, fortunate or unfortunate, of our nation. It has been a living cell inGreek society’s organism; it “experienced” and “shared” such events. It took part in them directly and played an active part.Certain landmarks in the history of the Athens-Piraeus urban railway are mentioned in brief and a reference is also made to subsequent, modern track-based modes of transport, the metro and the tram: 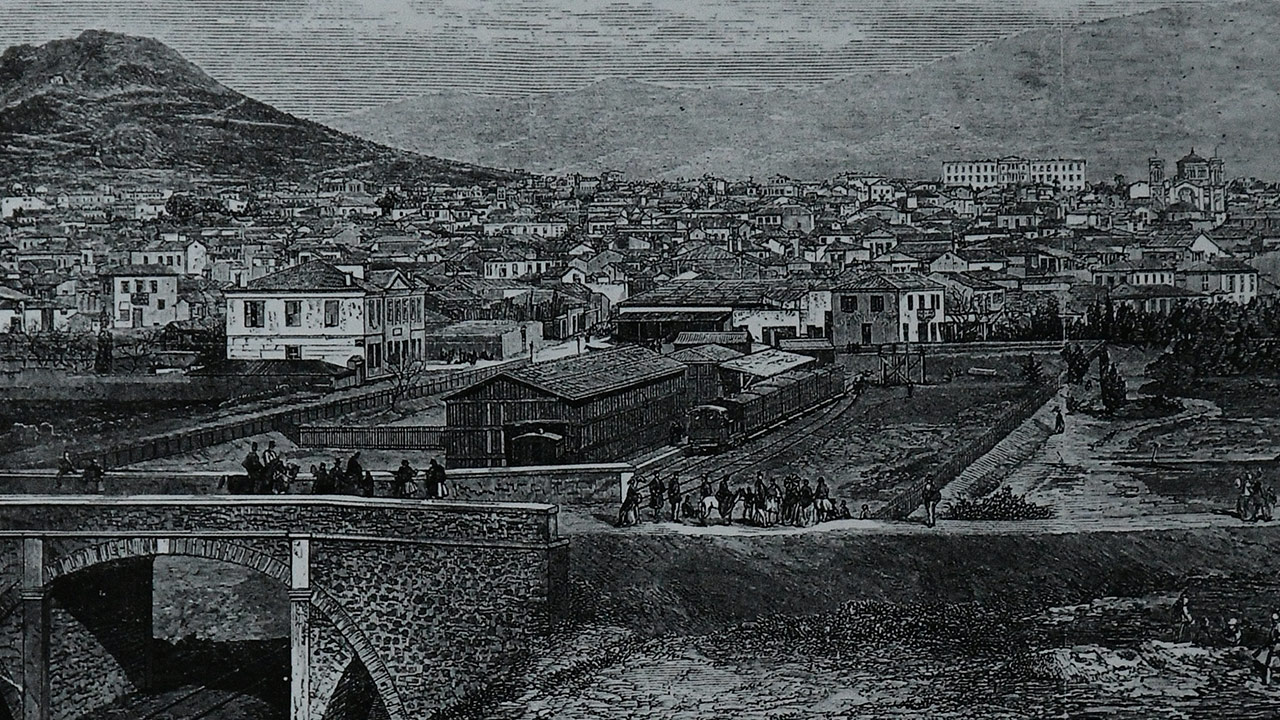 The railway is officially launched and became the most important event at the time. The steam engine, named after the queen, covered in laurel and myrtle, slowly began its journey, accompanied by whistles and cheers of the attending crowd. 15 minutes later, the train arrived in Piraeus, where the city’s authorities and a large crowd were waiting. After the ceremony, the train returned to Athens. 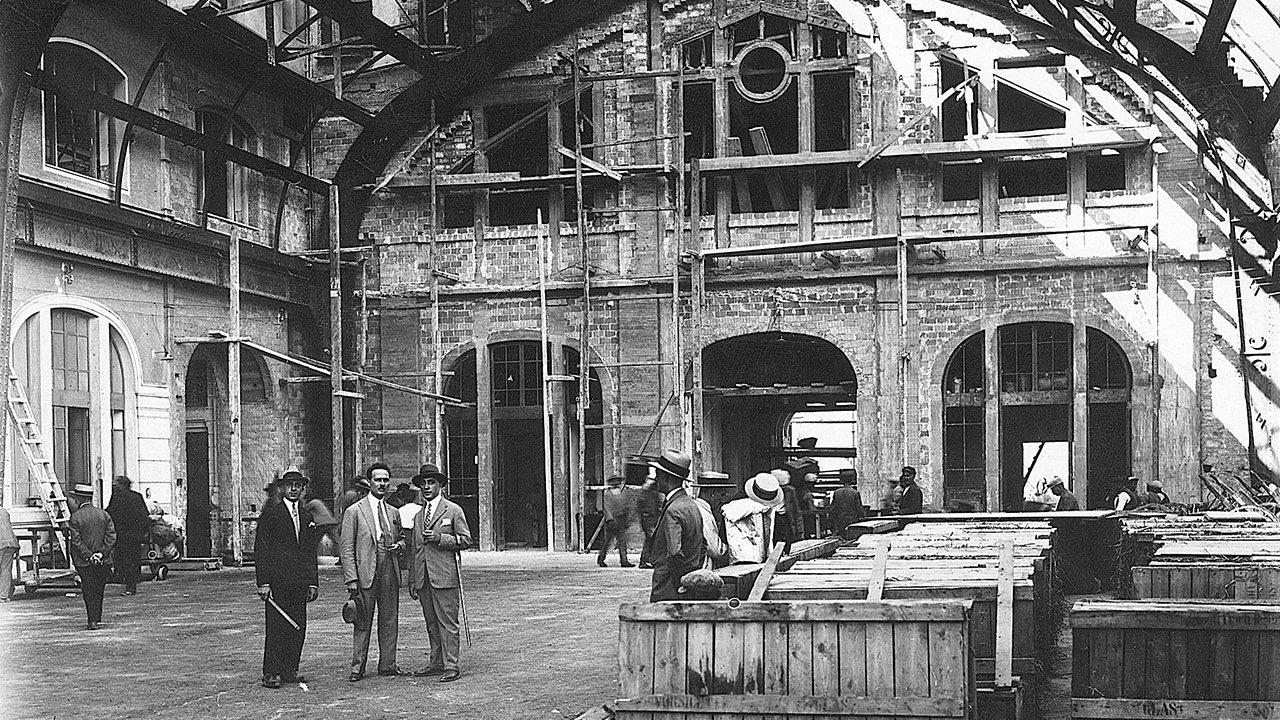 The new “Athens-Piraeus RailwaySA” (SAP) is established. The first six-wheel wagons of the line are built in the SAP factory to replace the original four-wheelers that the Company had brought from abroad. During the same period,the construction of the “PIRAEUS” station is completed and the construction works begin at Thissio station and the platforms of Faliro and Moschato stations. In the same periodand until 1887, various landscaping, restoration and development works are carried out at Neo Faliro, by which SAP makes Athens’ coastal suburb an important recreational hub(extension of the hotel, electric lighting of the station and the square, construction of a new theatre and sea baths.). 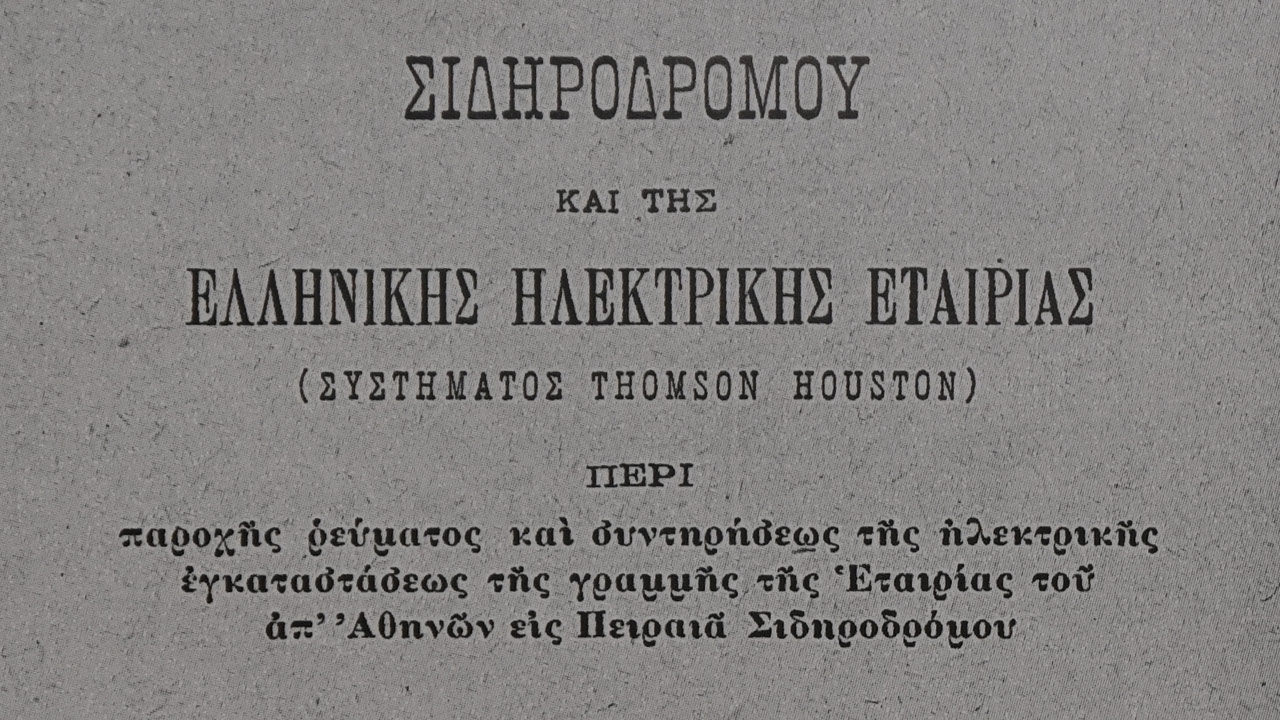 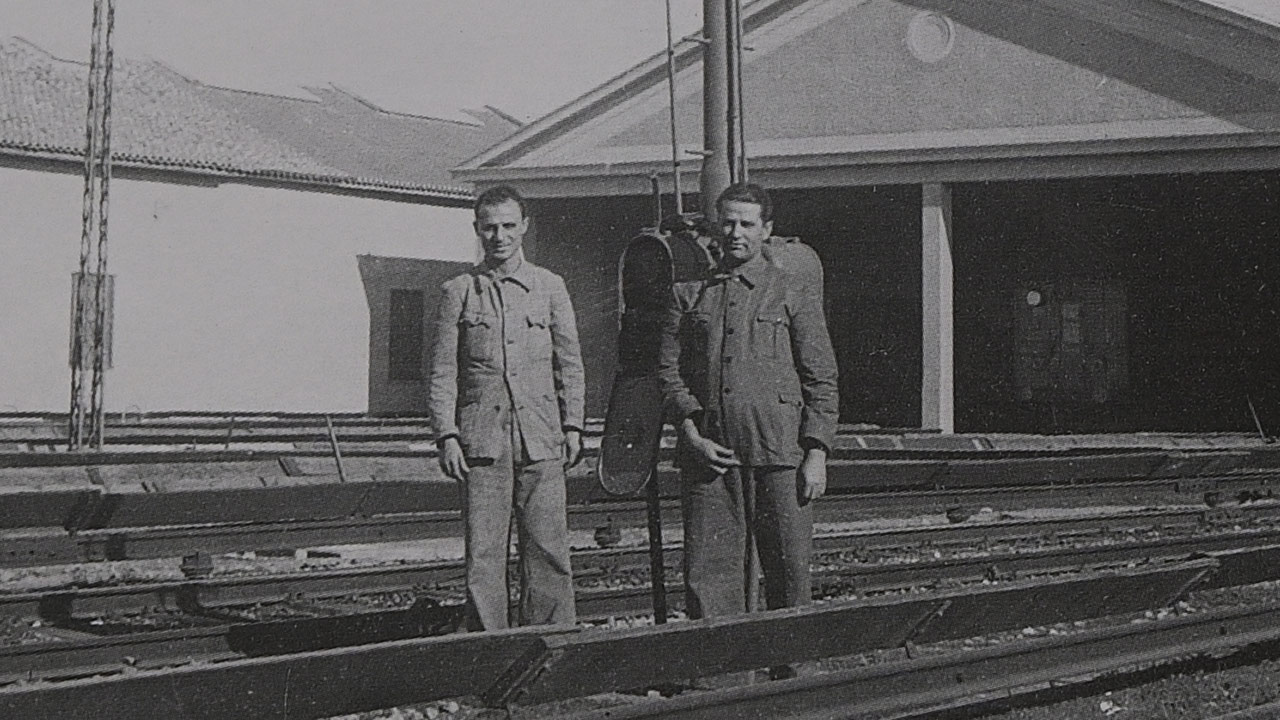 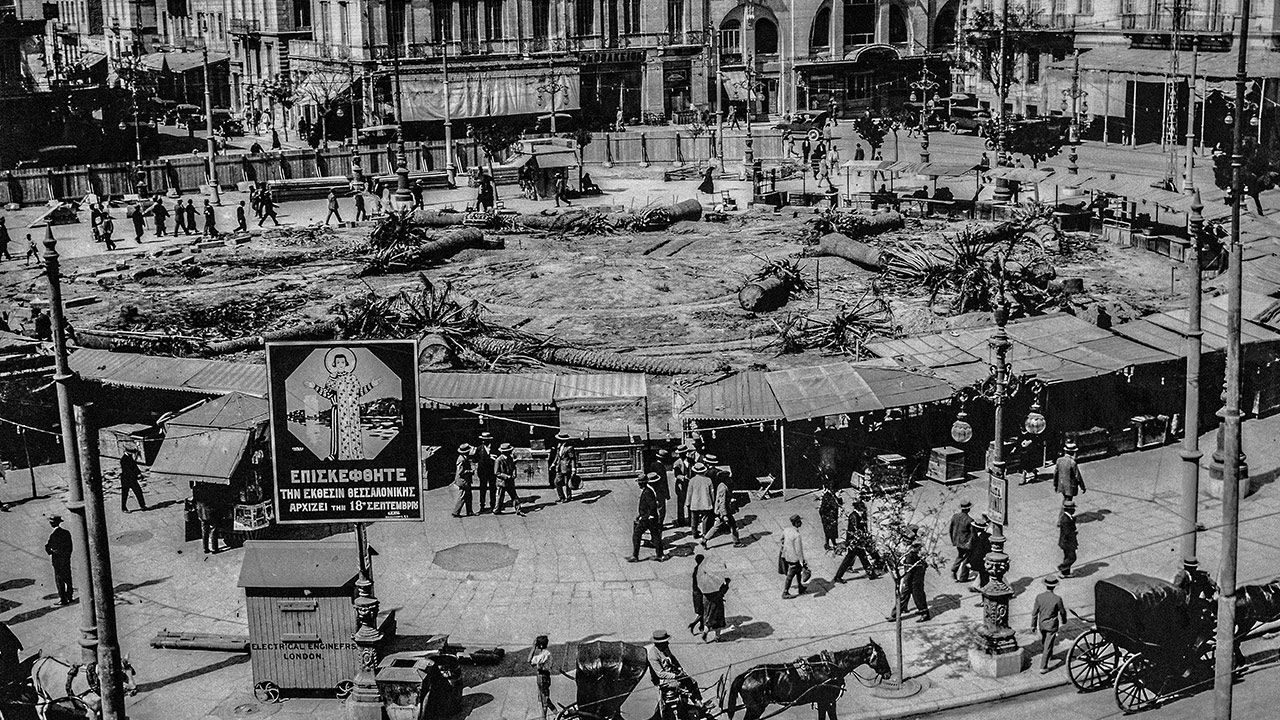 The new electric double line of the Piraeus – Athens urban railway (at Omonia) is launched on 16.9.1904. Trains consist of 3 or 4 or 6 vehicles. 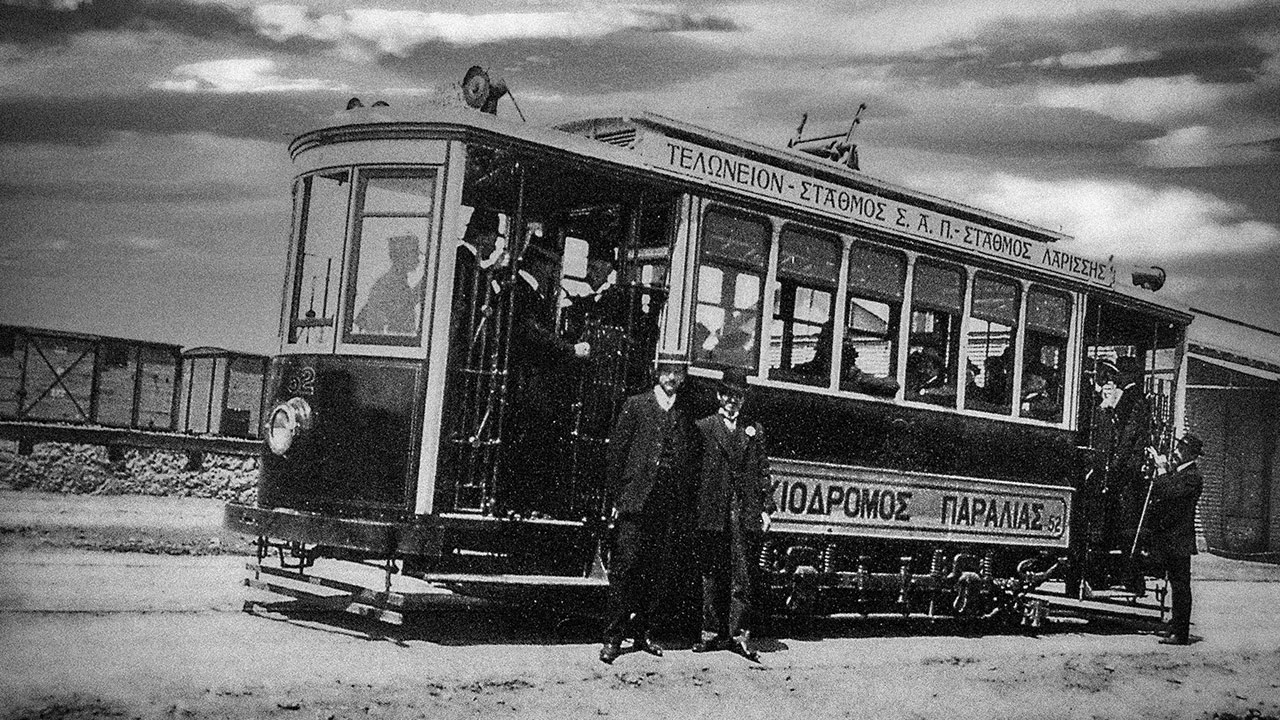 Services to the army 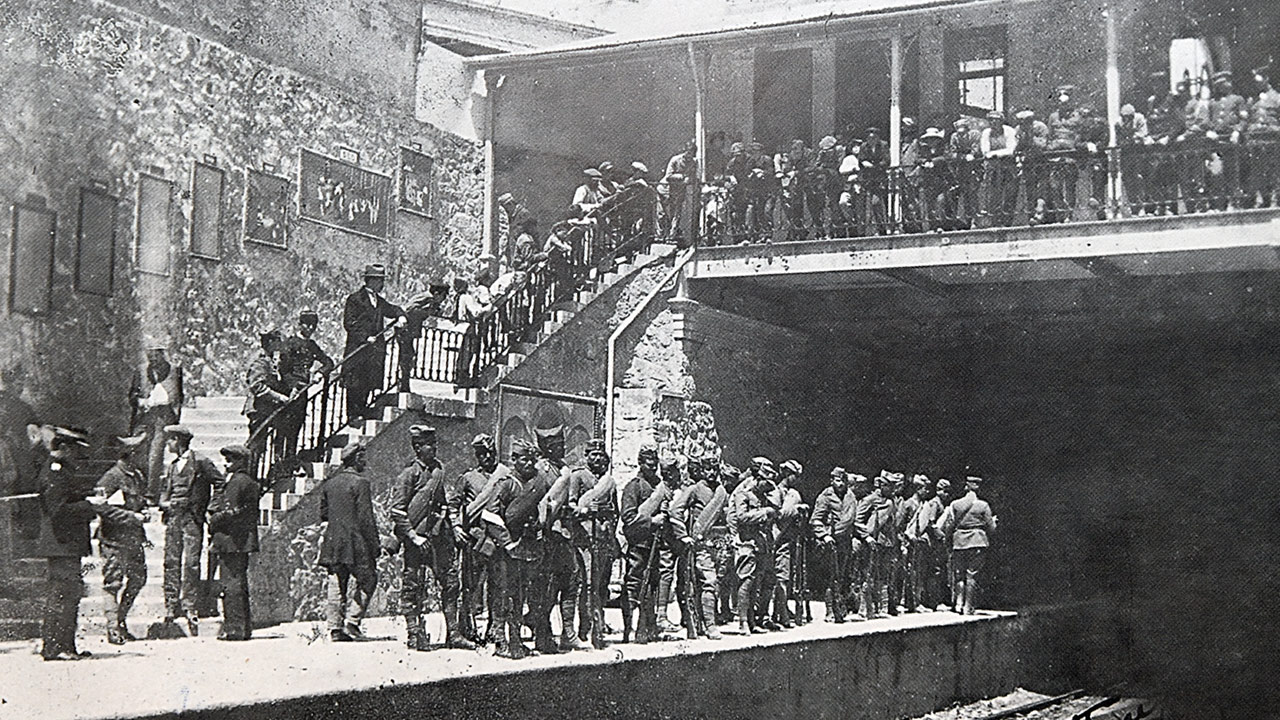 SAP provides valuable services to the fighting nation (1912-13 liberation wars). It joins the coastal tramway line with the Larissa Railway to facilitate military transport and grants to the State a 10-vehicletrainof the steam railway to be used as mobile hospital and the use of its hotel at Faliro as a navy hospital. 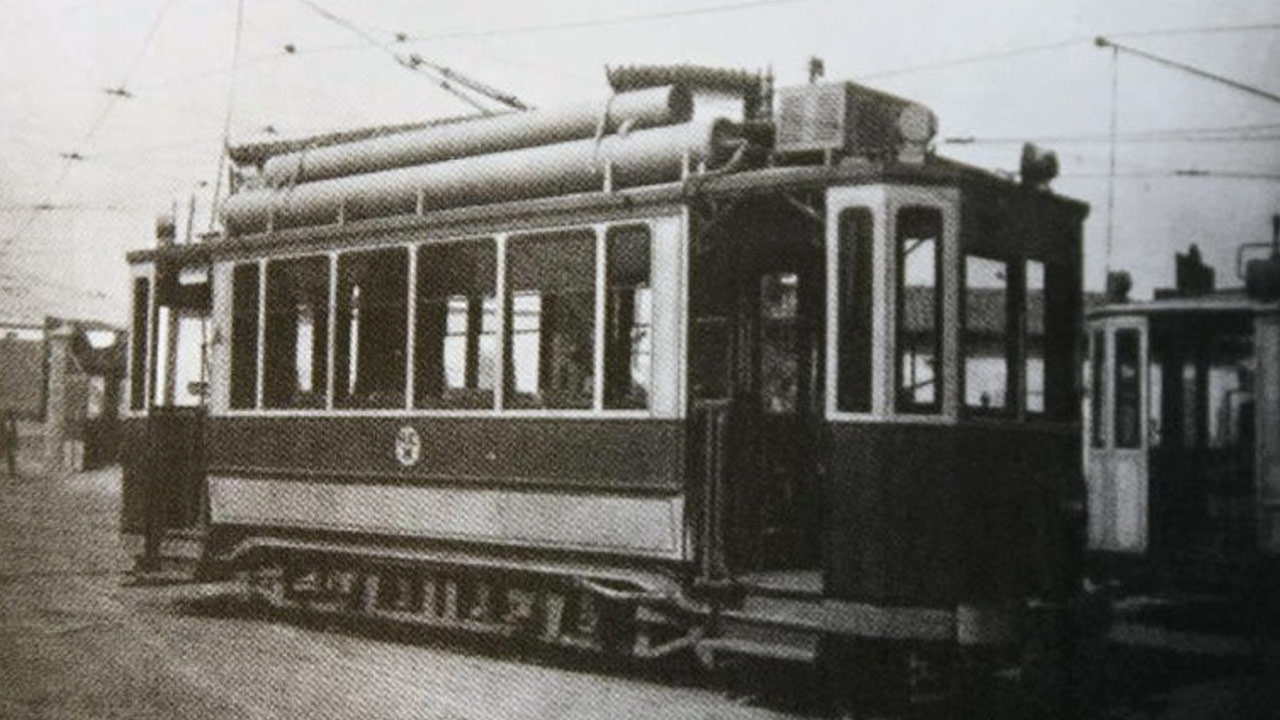 The Greek Electric Railways (EHS) are founded in April and inherited the transport network, as well as the assets and liabilities of SAP. 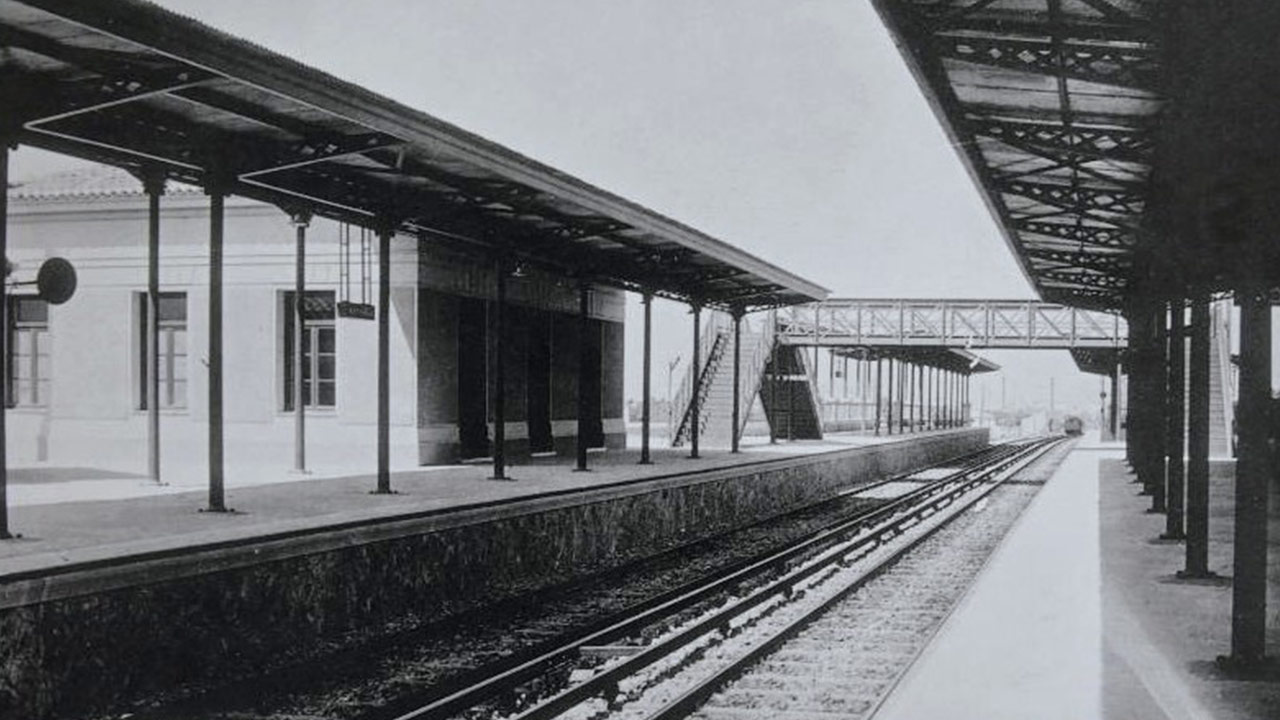 The foundations of the new underground station in Omonia Squareare laid on 7.1.1928, for which 8 metre deep excavations were carried out. The same year saw the opening of the new majestic Piraeus Station building,with its large metal arched dome (a smaller – scale replica of the Milan Central Railway Station) and the Kallithea station. 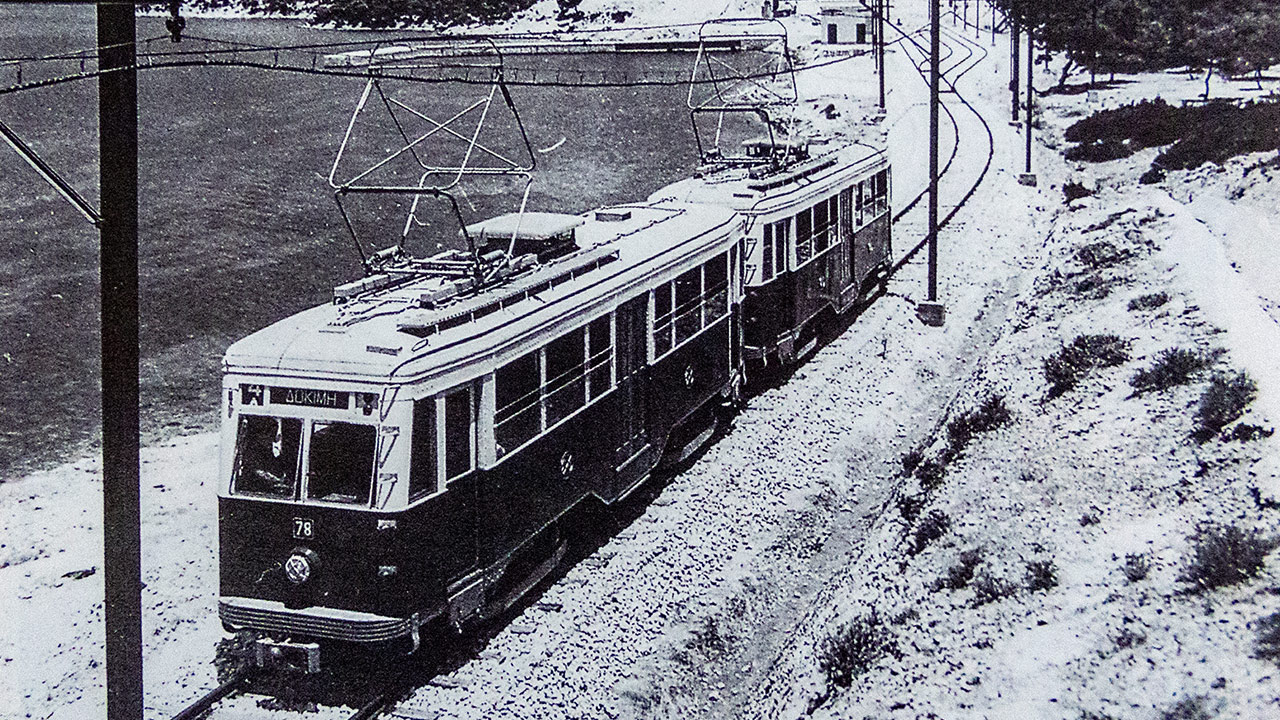 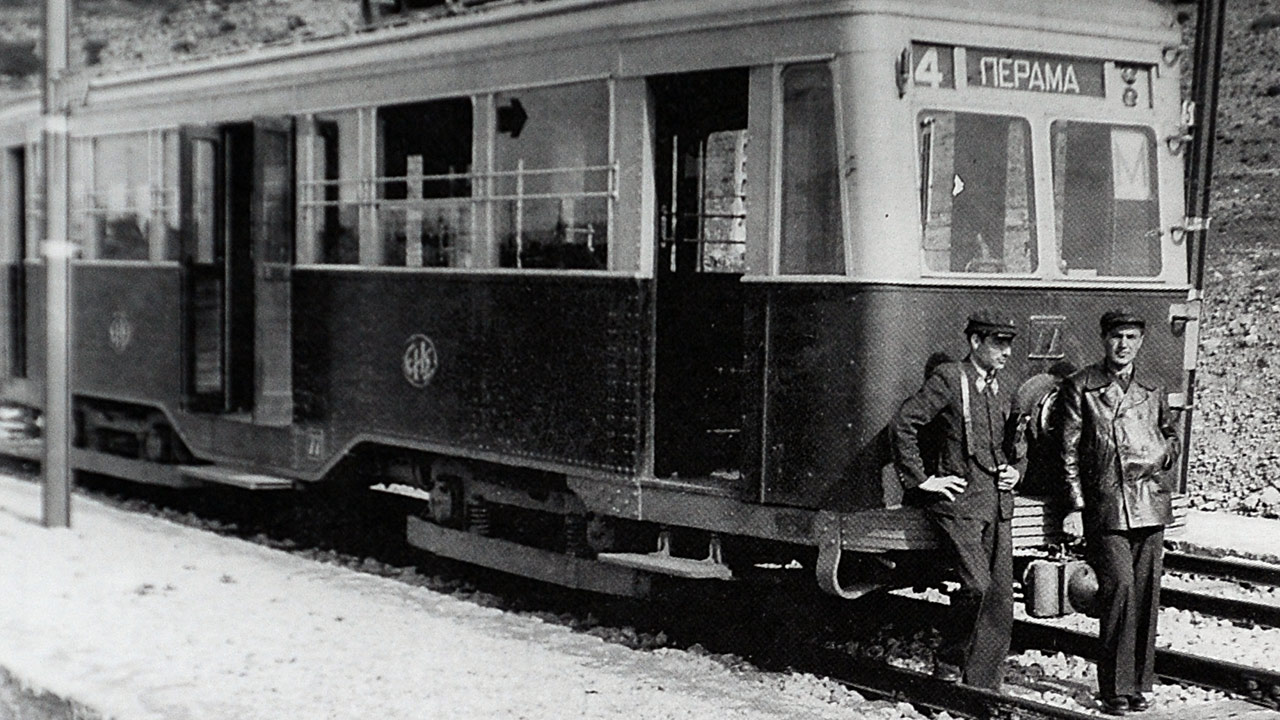 There is an excessive increase in passenger traffic during the Occupation,due to the absence of any other means of transport. EHShelp provide food to Athens,as their freight trains transport Red Cross supplies and food to the Thissiostation from the free zone of the Piraeus port, the berth of the Turkish ship “Kourtoulous” and all other ships that succeeded it in its humanitarian missions. Piraeus was bombed on 11.1.1944 and the EHS facilities (factory station, depot, vehicles, etc.) were almost completely destroyed.The EHS railways and tramways were shut down. Train transport is restored on 7.2.1944 and tramway transport is restored much later. 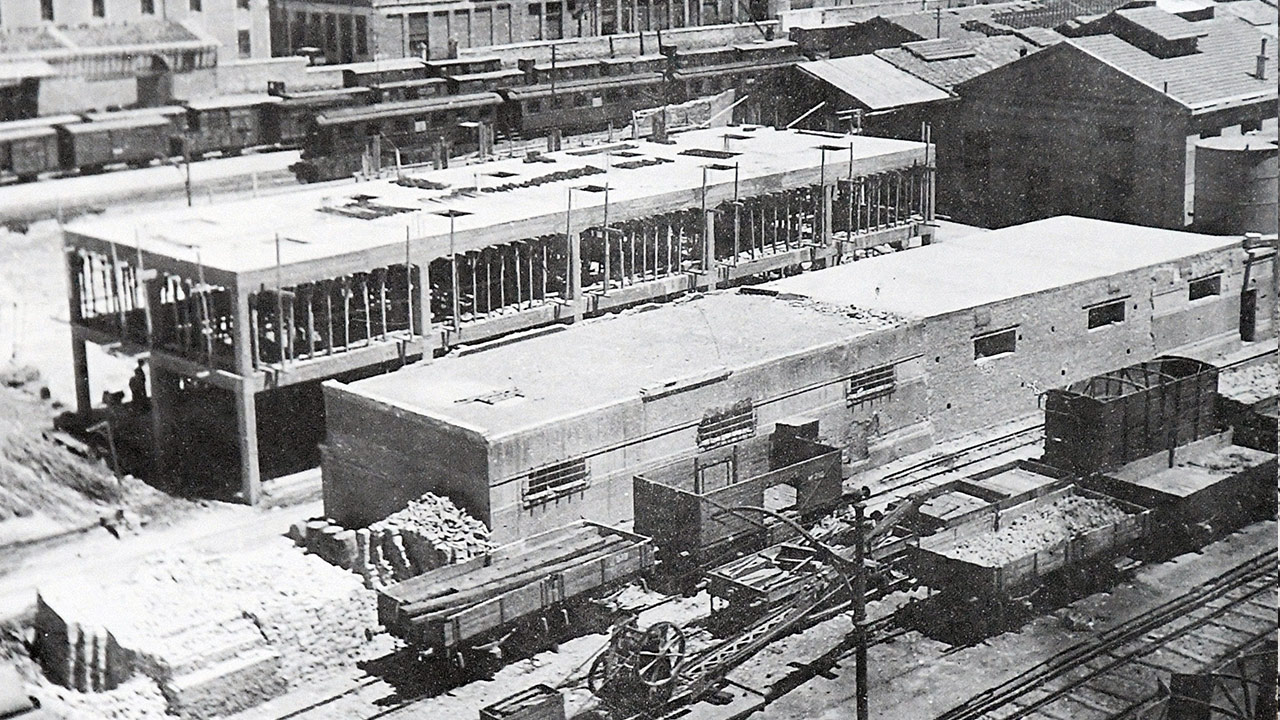 Rebuilding and repair works begin to restore the damage caused to the facilities and rolling stock bythe war, carried out by the extraordinary efforts of the EHS factory staff. 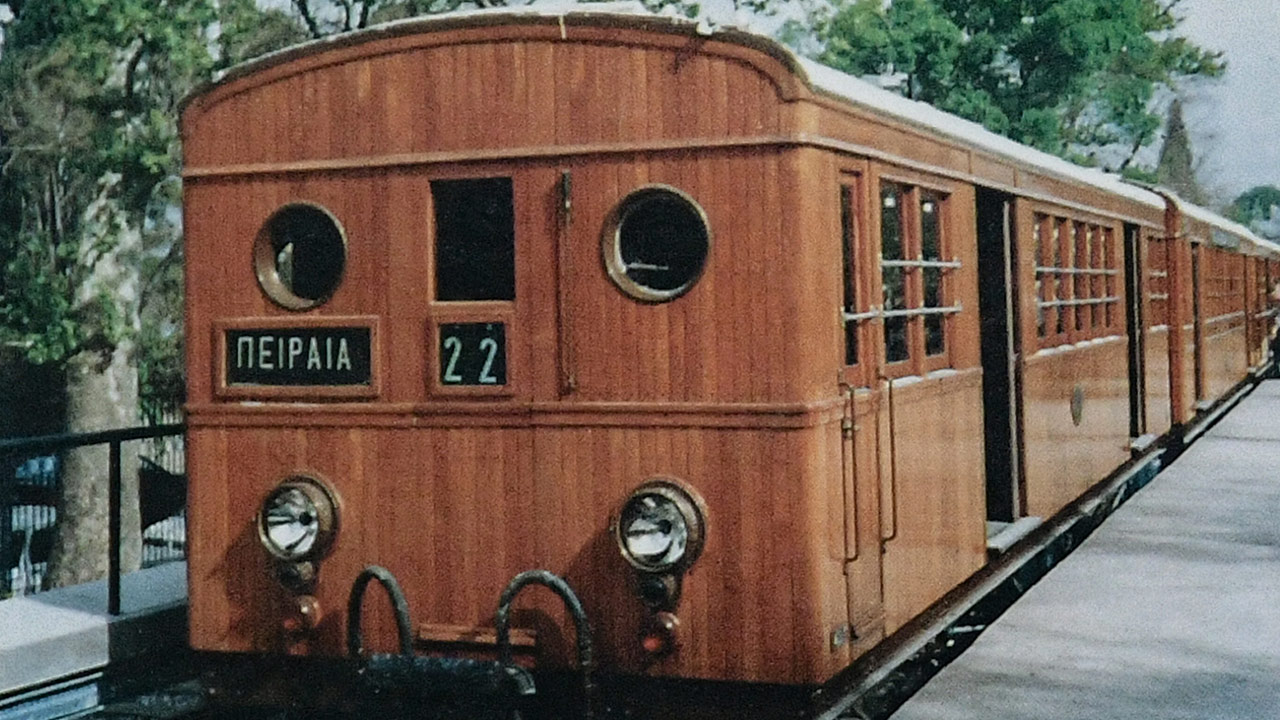 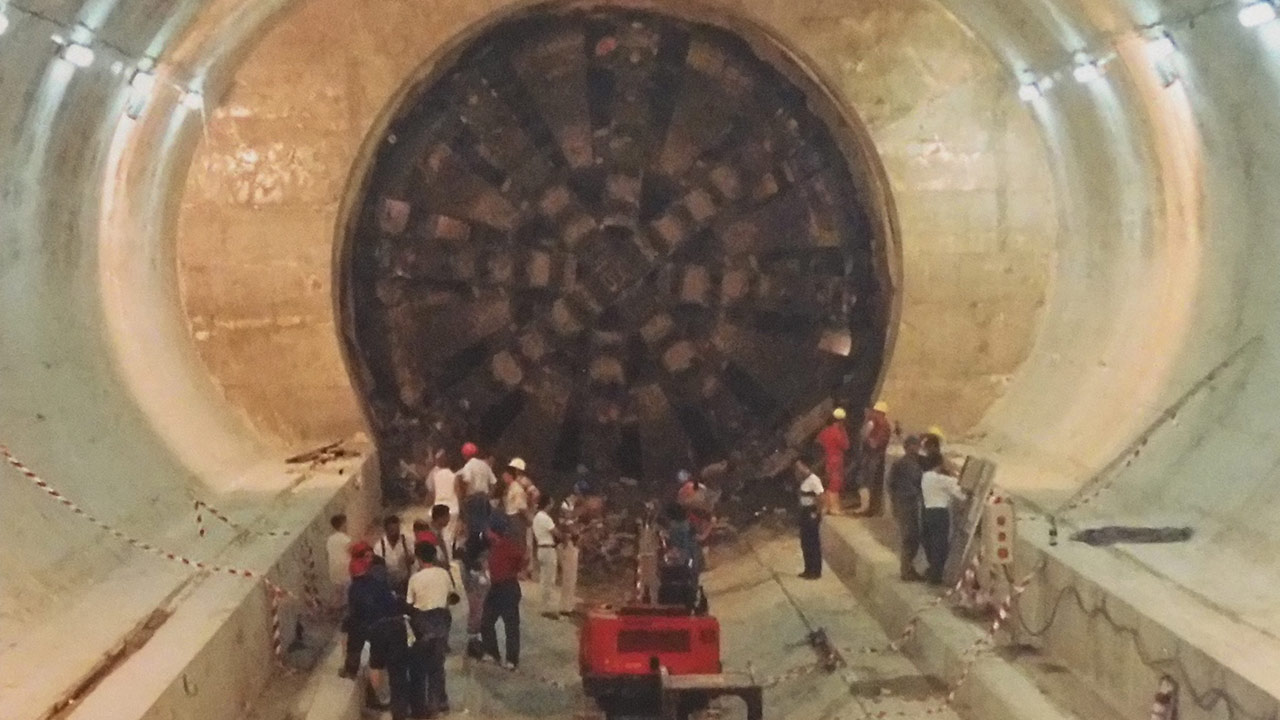 The company “ATTIKO METRO SA” was established in 1991to manage and supervise the construction of Athens Lines 2 and 3. 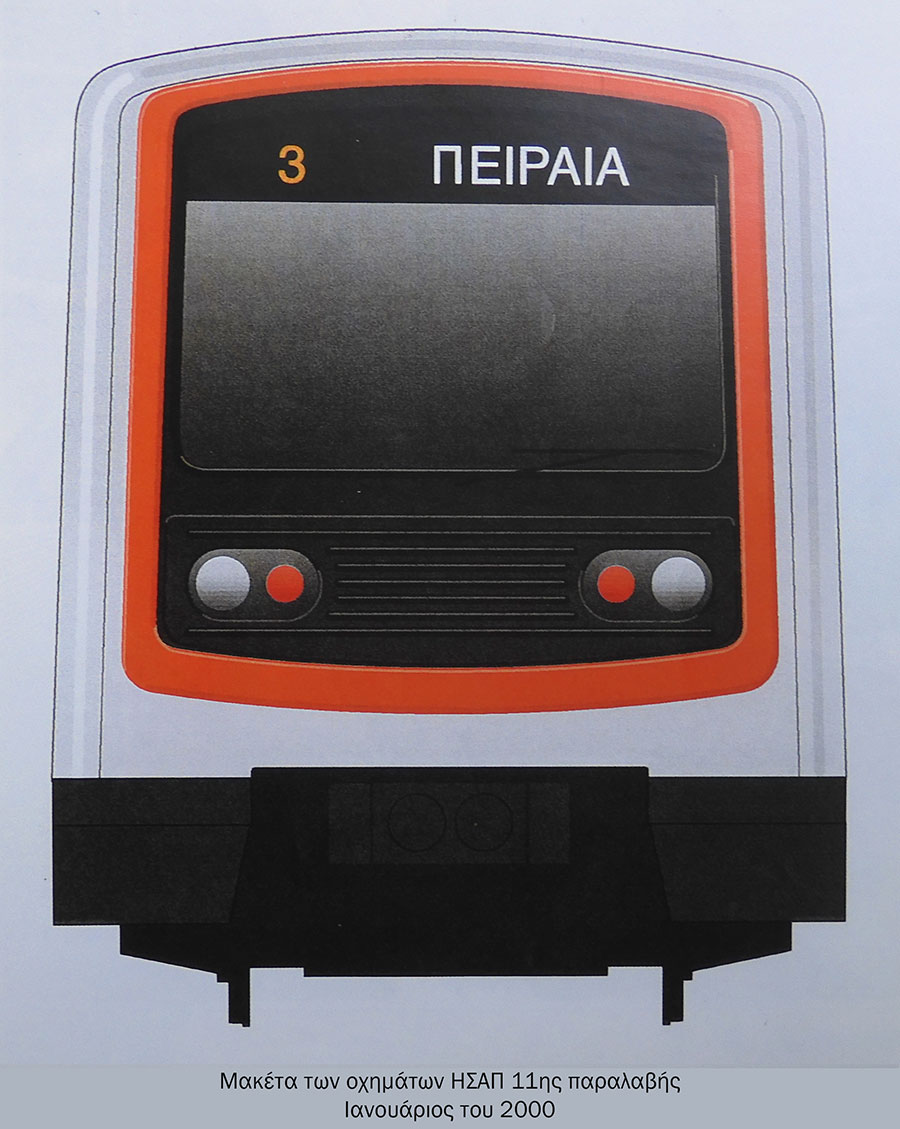 A radical project to modernize and upgrade the HSAP line began in 1996 and was completed in the following years, with an aim to increase the capacity of the line and make it technically compatible with lines 2 and 3 of the Metro under construction, so that they can harmoniously work together as from early 2000.

The metro in Athens 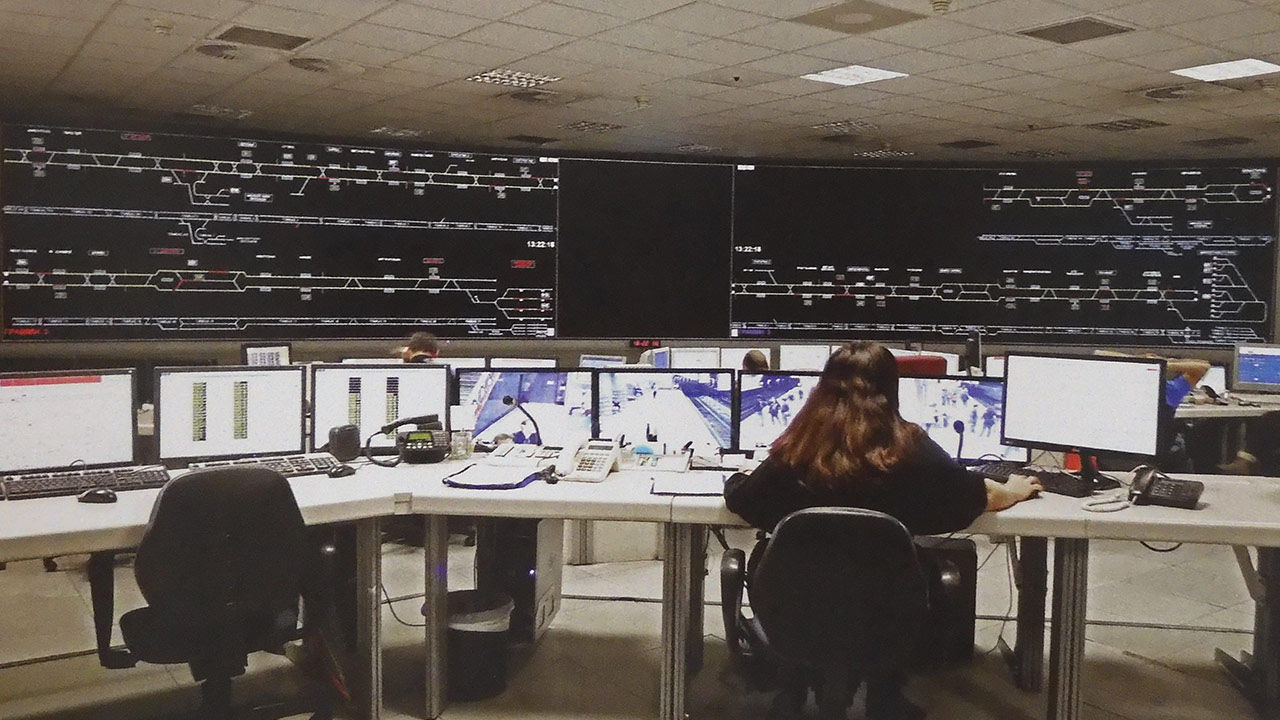 At the dawn of the new millennium, in 2000, the metrocame into the livesof Athenians, offering safety and speed. The Athens Metro Lines 2 and 3 were launched in January 2000. 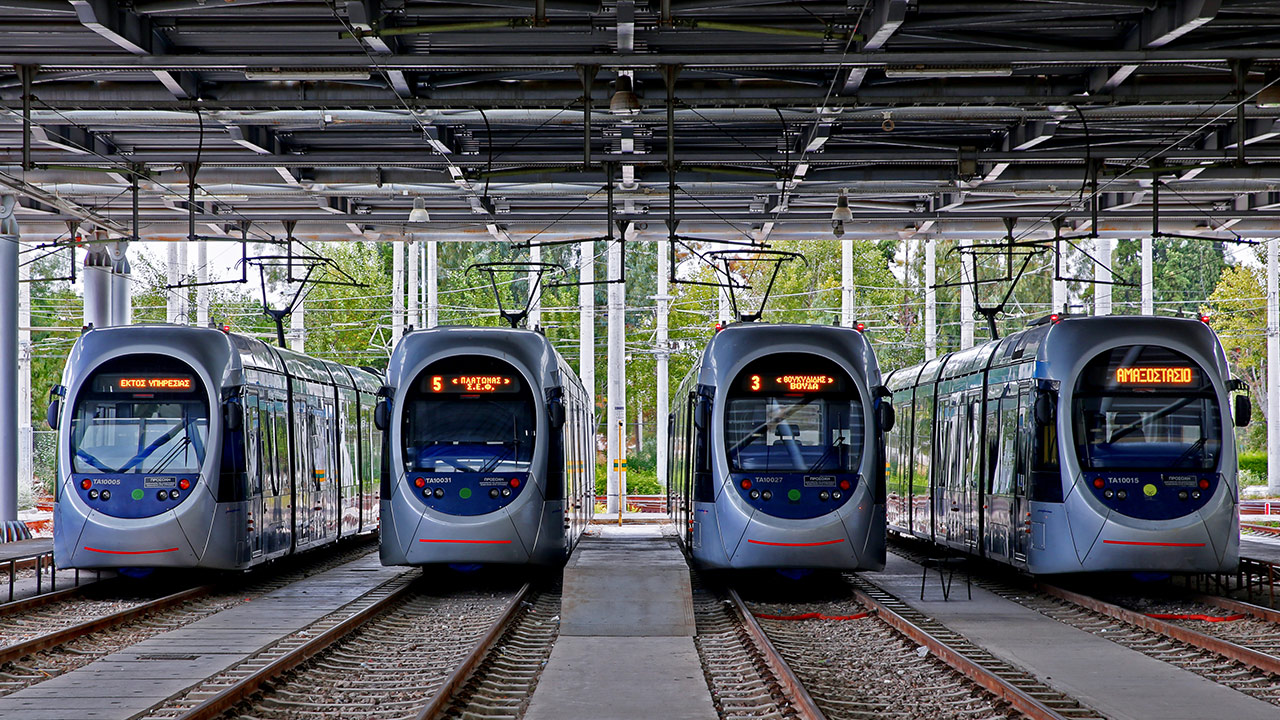 The tram is “born”along with the Olympic Games, connecting the centre of Athens with the southern suburbs and upgrading them. 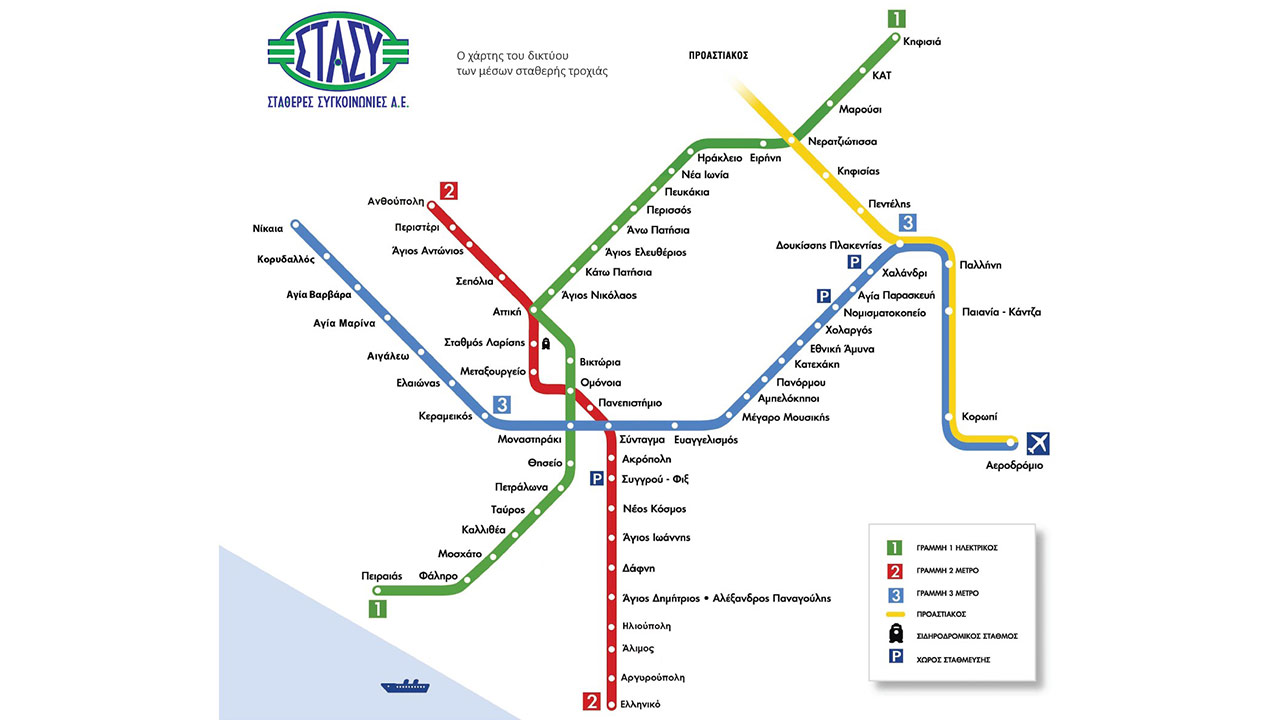 STASY SA (Urban Rail Transport SA) was established on 17 June 2011 (Government Gazette 1454) by the merger of the tracked – based companies, providing transport services to most of the Attica Basin and offering high-quality services. The new company, which took over the operation of all urban track-based modes of transport in the Athens – Piraeus area, comprised the Athens-Piraeus Electric Railway (HSAP), Attiko Metro SA (AMEL) and TRAM SA.The merger of the 3 companies mainly aims to save resources by creating economies of scale and, as regards the transport dimension, enabling the complimentarily of track – based modes of transport, so as to become the first choice of the residents and visitors of Attica for their transport.

Athens Urban Railway is expanding, upgraded, modernized and expected to play an even more important and central role in the further development of urban transport services of the capital.